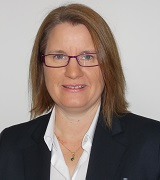 Moira graduated from UTAS with a Bachelor of Medical Laboratory Science and has over 23 years experience in laboratory science and management roles. After commencing work at North West Pathology in 1994, Moira went on to complete a Graduate Diploma in Genetic Counselling at Charles Sturt University in 2003.
Moira has significant expertise in haematology, blood transfusion, genetics and quality assurance.
In 2014 Moira was appointed as the Branch Laboratory Supervisor for Launceston Pathology.